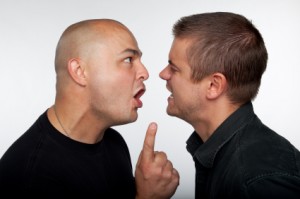 So my quote in the Reuters article, here, regarding AB 284 has moved to the big screen. Well, not really the big screen unless you own a very large flat screen.

Face to Face , typically hosted by John Ralston,  took on the good and the bad side of AB 284 in a recent taping and included the Reuters’ article as a talking point.

The first segment in the video below includes broker Glenn Plantone, of VIP Realty in Vegas, discussing the foreclosure statistics down south that compare to the Reno/Sparks area less magnitude due to population differences. Most of the information he provides is an echo of what we hear up north like appraisal issues and multiple offers but nonetheless worth listening too.

The meat and potatoes of the show begins at the 11:45 mark. Victor Joecks of NPRI and Andras Babero of Black and LoBello go back and forth on the positive and negative effects of the bill.

Make sure to read on after the video for my take on Andras’ statements.


Much of the quotes are paraphrased for space and because I didn’t want to take the time go word by word. The audio is marked if you want to do the research.

10:30 mark: “I have a challenge to the premise that this is a bad law and does these things (referring to lack of inventory and poor housing market in the previous segment)… 284 didn’t do all those things.…”.

I completely disagree with this and have covered it in another post. In September of 2011 there were 1700 active and available homes in Reno/Sparks. By May 2012 there were 778. Something had to have created this shortage. Enter Ab 284 in October of 2011.

Below is a historical chart for the Notice of Default filings in Nevada. A NOD is when a bank publicly informs the home owner that they have missed their payments and the foreclosure process has started. At this point most home owners seek legal counsel and potentially list their property as a short sale…

…Meaning, another home is added to inventory. When there isn’t any fear of losing the home or at least in a typical foreclosure time frame the home doesn’t go on the market. Home owners want to ride it out and see how long they can live for free.

I won’t even get into how this affected Notice of Sales (NOS) that were ready to be foreclosed but the correct answer is… Yes, the bill did affect the housing market.

7:45 mark: In reference to people using Ab 284 to live free and the affect on neighborhoods. “What you have by far and away are people that are trying to do the right thing… short sale, modification… those are the predominate ones. The ones were there sitting in there for year after year after year are much smaller.”

I’d like to invite Mr. Babero to hang out with a Realtor at BBQ’s, dinners, and through our daily lives to hear the kind of questions we get on how long someone can stay in a home without getting the boot.

According to NV Assemblyman Marcus Conklin (Main Sponsor), “…this bill is not about recovery. This is about justice, plain and simple.“  (Senate Commitee on Judiciary Page 20)

I partly disagree. The law is not justice but the courts do serve justice. Simply putting a law together doesn’t mean that everyone’s actions will be just. The banks broke the law in the robo-signing debacle and paid the price… National Mortgage Settlement. If they do it again then go after them a second time, a third time, etc. Why continue to delay the inevitable with this bill?

My point of this post wasn’t to blast Mr. Babero or Assemblyman Conklin but to show how near sighted the bill is. The policy was done on the micro level without taking into account what would happen to those that are still making their payments. The law was there. All you needed to do was uphold it. Throwing another wrench into the works isn’t going to help.

This is a pretty controversial issue so by all means express your opinion in the comments.

On a side note, from the same Senate Commitee on Judiciary minutes… Assemblyman Conklin, “To suggest that the market will recover much slower is false.”