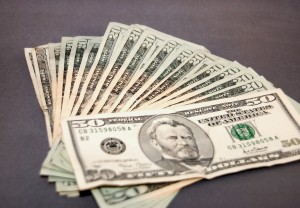 A little background information to get us started…

In March of 2012, 49 state Attorney Generals filed the National Mortgage Settlement to the tune of $25 billion from the five largest loan servicers. Payments from the servicers were to be paid out on a state by state basis with each state receiving different amount depending how they were affected by robo-signing and unscrupulous lending practices.

$20 billion of the payments were earmarked for principal reductions, refinancing, forbearance, anti-blight provisions, short sales, relocation assistance, and benefits for military members. The additional $5 billion was to be given to federal and state governments. $1.5 billion of that was to be used for borrowers that were foreclosed on between Jan 1, 2008 and December 31, 2011. DOJ

The money was supposed to go to current or former borrowers… . So where will it end up?

California: $410.6 million to be included in the state budget. Here and Here

Just when you think the government is looking out for you…