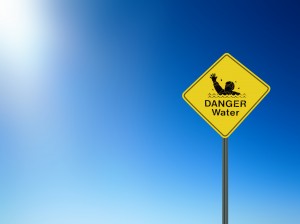 It may not look like the market is drowning, due to lack of inventory and multiple offers situations that are creating short-term appreciation (another mini bubble), but rest assured that there is still inventory to come.

*Thanks to Daryl the engineer for sending me the article.*

According to Miller, Phoenix home prices have been trending upward since September of 2011 while Las Vegas prices continue to fall. (I understand that Reno/Sparks weren’t hit as badly as Las Vegas but we’re covering a state assembly bill not city or county.) Miller believes the biggest reason for Phoenix’s appreciating is lack of government regulation.

So we understand that the process is going to take longer for the foreseeable future but what does it mean for the future of the Reno Real Estate market?

Below is a table of estimated levels of shadow inventory state by state in fall of 2011, prior to the passing of AB 284. Nevada had an estimated shadow inventory (excluding current short sale defaults and HAMP mods) of 8 months. Hopefully, we will get another report at the end of Q1 2012 to see how much inventory has built up. We can add 45 days to this for pre-foreclosure marketing, cash for keys, and trash outs prior to re-selling. Then we can add another 3 months (high estimate in this market) for the property to be sold to another buyer. By my calculations the inventory should be down to a manageable amount or at least not overwhelming in 12.5 months. 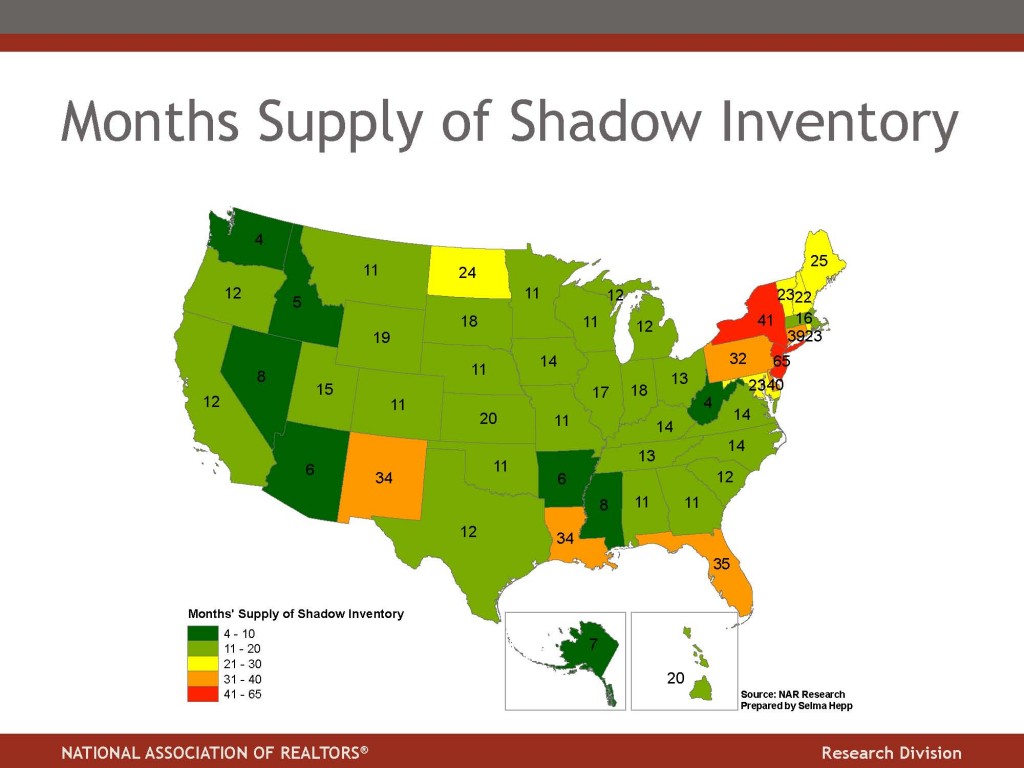 In February of 2012, we had an average of 5.4 months of inventory in Reno/Sparks (see table below).  Add that to the estimated level of shadow inventory, including pre-foreclosure marketing and re-sale, and we end up with 17.9 months. On the calendar that puts us into October of 2013. 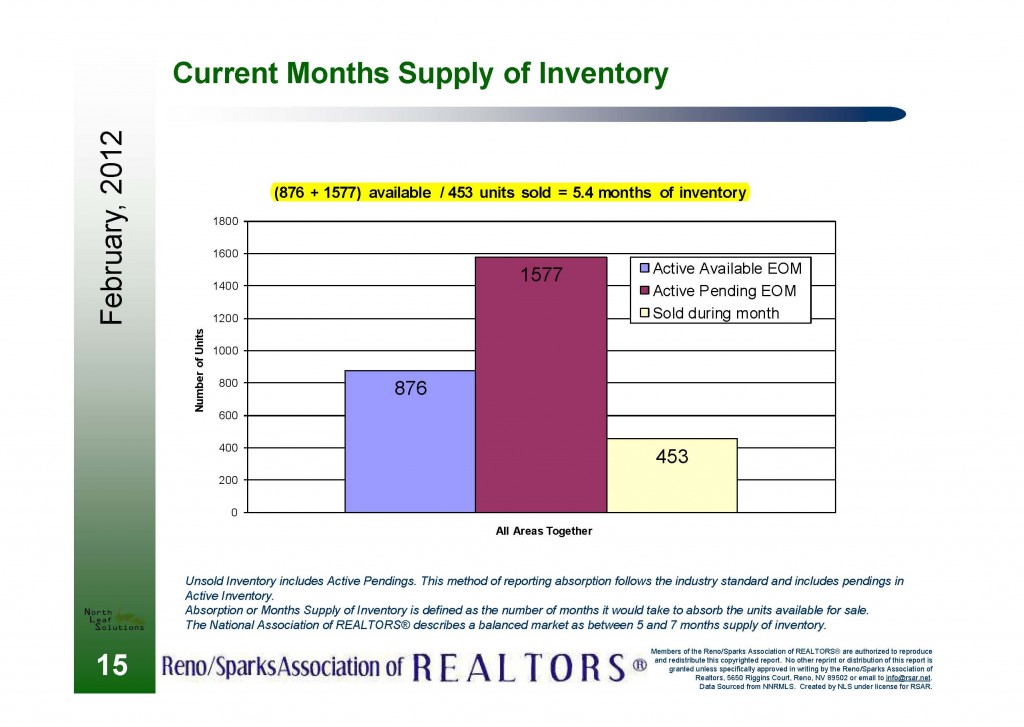 AB 284 has already added six months (maybe more in the future) to market correction since October of 2011. Add those six months to the projection without AB 284 and we’re  pushing into April of 2014. Making Nevada look more like the judicial foreclosure states of Florida and New York.

Though the banks are starting to push through the assembly bills we see continued foreclosure problems in the coming months. Maybe my math is too simplistic but it doesn’t look like AB 284 or AB 149 have done anything but hurt the market.

I understand that the bills were created to protect home owners but is someone really going to get out of not making their payments by forcing the bank to wait 6-12 more months to foreclose?

I’d rather have it be over with as quickly as possible and on the road to recovery instead of dragging out until my 2 year old graduates from college.

What do you think?

*The preceding article was for informational purposes.  Renown Real Estate Services and broker Ricky Beach are not attorneys and do not provide legal counsel. All parties are advised to seek competent legal or financial counsel.*